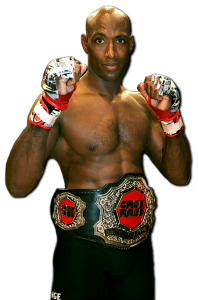 Mark Weir began his martial arts training with judo and boxing, but later switched to Taekwondo because his mother did not want him to box full-time. He gained his Taekwondo black belt in 1988 from Hee Il Cho, then went on to win World double World Titles in both 1988 and 1991. Weir moved would fight between Light Heavyweight and Heavyweight over the years, due to the lack of competition.
Weir had perhaps his most notable success was in the Ultimate Fighting Championship. On 13 July 2002, he knocked out Eugene Jackson in 10 seconds at UFC 38. Fittingly, it was also the first time the UFC had been held in England, with a number of British mixed martial artists competing alongside Weir in the Royal Albert Hall. Being an undefeated former world champion in Tae Kwon Do and Kick Boxing tournaments, Mark Weir brought a renowned kicking and punching style to the Cage.
Weir holds classes in Gloucestershire and Oxford, where he teaches programme what he calls ‘Range Fighting’, combining Muay thai, Boxing, ju jitsu Tae Kwon Do and ground fighting.
Weir went on to win numerous MMA titles in such events as WEC, Cage Rage, UCMMA and many more.
In early 2010, Weir captured the vacant Ultimate Challenge MMA K1 title against Mark Epstein, going back to his foundation of kickboxing. He then went on to take the UCMMA Middleweight title by defeating Jack Mason via strikes.
Mark successfully defended his K1 title against Luke Sines at Unbelievable 16 on 23 October 2010.
The beginning of 2011 saw Mark concentrating on the opening of a new MMA gym in Oxford, which boasts to be the biggest in the South West.
Mark made final appearance in MMA at SFC: Supremacy Fight Challenge 9 in Early 2013 and won via Rear naked choke, submission in the first round. After which in 2014 he announced his retirement from MMA